Les Boréades and Le Nouvel Opéra present to you a remastered version of Nicandro e Fileno, a pastoral opera by Paolo Lorenzani. It was first presented to Louis XIV and his court in 1681, in the Galery of Stags (Galerie des cerfs) in the Château de Fontainebleau. Suzie Leblanc found the music, who’s only copies are kept at the Bibliothèque nationale de France, and decided to share it with her peers. Since only the music survived, Francis Colpron and Joël da Silva recreated the theatrical interludes with both humour and creativity. Marie-Nathalie Lacoursière’s quirky and contemporary mise-en-scène is along the same lines.

Nicandro e Fileno is most certainly a remarkable piece. Firstly, because of its relevant booklet addressing the theme of men using their power over women, and secondly because of its subtle yet audacious music, archaic at times and surprisingly modern at others.  Gusto and contrast stand together in this production of 6 singers, 2 actors, one dancer and 10 musicians forming one instrumental ensemble.

We wish to encourage the audience’s playful thoughts and highlight the philosophical, or even political dimensions of this French piece from the XVIIth century. By playing with theatre’s tips and tricks, we assume the poetic and very current aspect of Nicandro e Fileno.

Nicandro is designed to be produced in multidisciplinary auditoriums, but it can be performed in any concert hall with minimum hanging equipment (lighting and decor). This could be cultural centers theatre centers or any conventional concert hall in Canada, and in France and the rest of Francophonie it could be performed in opera theatres, subsidized theatres, municipal or country theatres, or any structure that gives access to basic technical attributes used for theatrical performance to the artists. This project can, in line with operas’ programs and theatres that also program music, be paired with an audience development policy and be a part of a more global project.

The rebirth of this opera was made possible by the Canadian Council for the Arts’ program, New Chapter, in celebration of the 150th anniversary of the Canadian Confederation.

...For the first time since its creation, Lorenzani’s opera came back to life…
Any aesthete will have been delighted by this performance and felt the most sovereign delight, as long as they let themselves laugh wholeheartedly… 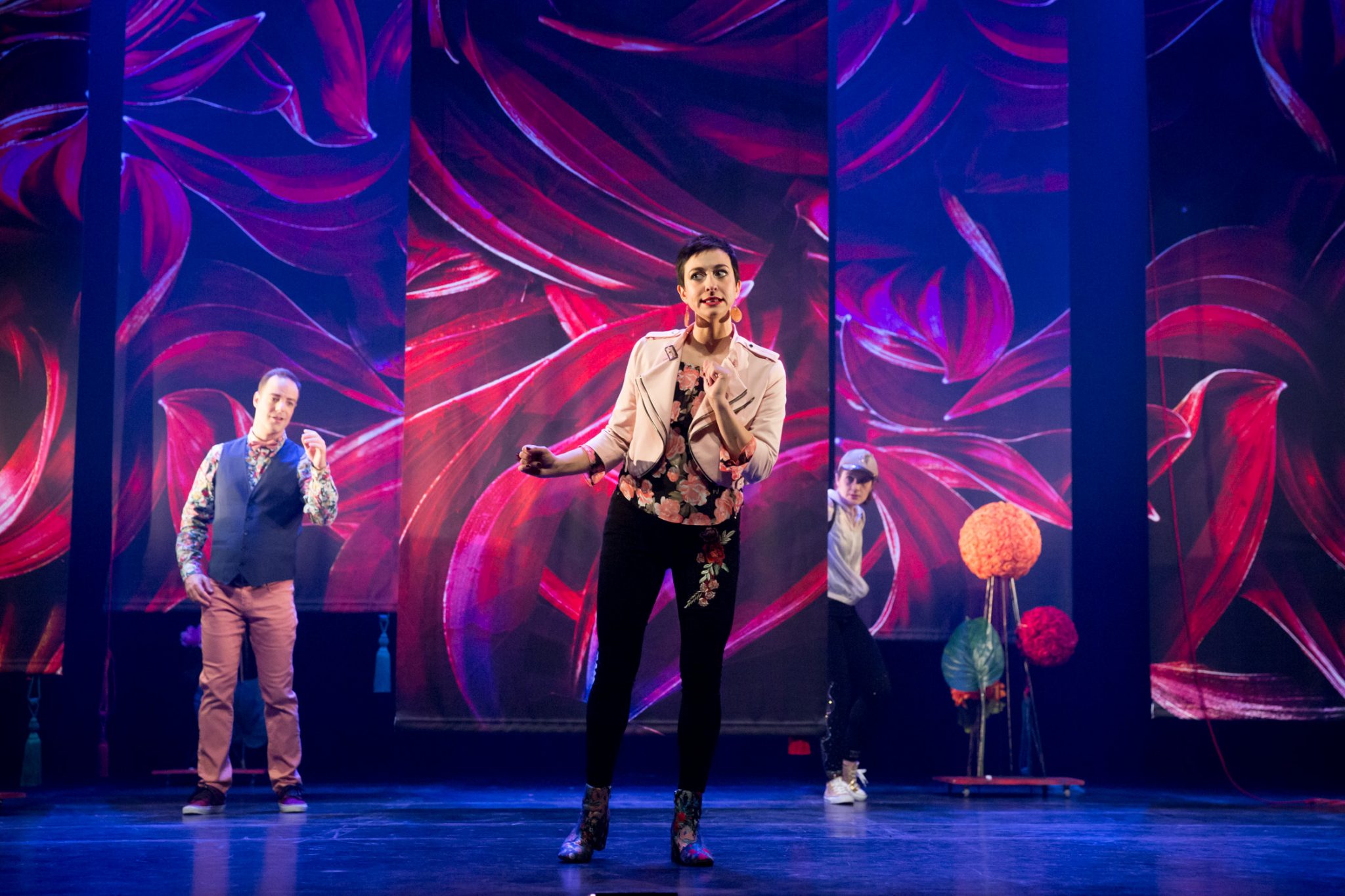 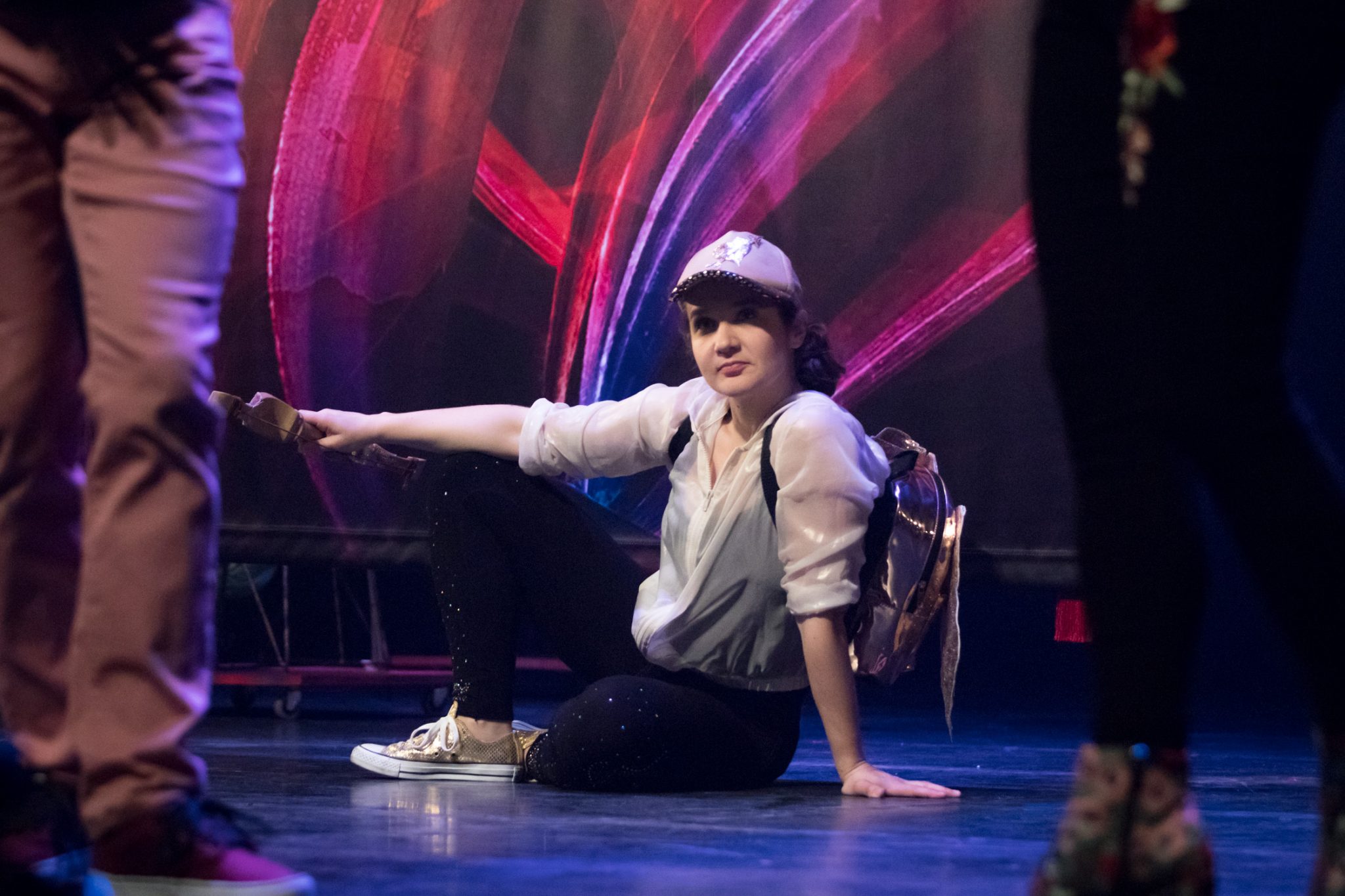 My challenge here was to make a pastoral interesting for today’s audience. The piece’s storyline revolves around love games, as is often the case in these types of operas. I have not tried to transpose the story into another time, but rather updated it by adding modern elements to all aspects of the mise-en-scène and the choreography.

The interludes that would entertain the audience in between acts were never found. I have thus created Cupid (Love), who guides the piece by creating the link between interludes and music.  He is the invisible instigator of the protagonists’ infatuations. He is the thread weaving relationships together, only for them to be ripped apart moments later. Desire is everything, and then loses all meaning. Cupid uses all possible means to reach his goals, which perfectly illustrates how vapid and paradoxical romantic desire can be. It’s really no surprise his career has come to mediocre chocolates for Valentine’s Day. That is why we decided to have some fun and served Cupid some of his own medicine. Under the lazy eye of impotent gods, Parnassus’ emergency room seems, much like ours, doomed to eternal overcrowding, and Cupid languishes, victim to countless love strikes due to his narcissism. He is an old metaphor but muses today are experts at recycling; certainly they will find another use for him.

By modernizing the message and revisiting the pieces and dances, we add to the simplicity of the pastoral by giving it both more depth and a sometimes clashing irony. It is a way to reclaim the aesthetic of the pastoral and securing a lasting impact.

Nicandro and Fileno, both at the withering stage of life and looking for a last shot at happiness, each propose their daughter for the other one to marry: Filli to Fileno and Clori to Nicandro. Both girls refuse this ridiculous proposal under various pretenses. They are both in love with Lidio, a frivolous lover who chases after every shepherdess. On the other side, Eurillo is dying of love for Filli, who rejects him in favour of Lidio. He swears vengeance on the one who robbed him of the object of his desires. The usual chassés-croisés take place. In the end, Nicandro and Fileno realise that their idea was but a fantasy, and they have to settle down with the fate imposed by their advanced age. Filli ends up with Lidio while Eurillo and Clori find solace in eachothers arms. E tutto è bene quel che finisce bene!

Quill in hand, the duke of Nevers is feverishly looking for inspiration. He walks in the anxious circles of writer’s block. A muse suddenly arrives, sent to him by the Mount-Parnassus dot com Agency. Flamboyantly alcoholic, she offers her services to the duke and binds them with an abusive contract. Under the influence of an ambrosia joint, the gods’ herb, both muse and poet fly on the wings of poetry, off to compose an opera.

The muse drags the duke of Nevers to Parnassus’ huge hospital where Cupid is slowly losing his mind, wounded by one of his own arrows. Now in love with his own image, he is unable to abandon his psyche, victim of brutal love strikes. Modern medicine has proven an ineffective cure, so the duke of Nevers is put in charge of finding a therapeutic metaphor, to save the poor archer from his own narcissistic charms.

Interlude 2 : To the metaphorical cabin

After wise reflections, the duke of Nevers has found his therapeutic metaphor. He proceeds to invite the muse along the metaphorical path to the cabin of happiness where Cupid spent his precious childhood, gently rocked by his loving nanny in a sheep-filled valley. Upon recalling this memory, we hear the nanny singing. Cupid, recognizing his nanny’s voice, immediately comes back to his senses and starts shooting arrows in all directions, hopping from cloud to cloud. Poetry has saved love.

The Poet and the Muse

Québec’s baroque scene is not still. It continues to develop and give us incredible works. This recording is one of them.

It was a magnificent evening!!! Vocal and instrumental quality, enthusiasm and creativity for the mise-en-scène, irresistible music and a healthy dose of humour! It warms the heart!!! When do we get a second performance? Bravo

The production seems to have been guided by two principles: fun and a taste for contrasts. Delight is present everywhere, from the costumes (sometimes extravagant, ample, and colourful) to the singers and comedians slightest inflection. Joël da Silva’s writing of the prologue and interludes especially demonstrate fun’s central role in this project.

A last word about this piece, which went way beyond expectations. Pastorals are normally vapid and inconsistent stories about shepherds and shepherdesses. The three century-long neglect of Nicandro e Fileno is truly unjustified, for the opera’s music is of an outstanding level, with some memorable melodies. Francis Colpron’s instrumental ensemble and Olivier Brault’s first violin take us through it in a transcending way.

Les Boréades ensemble, conducted by Francis Colpron, and Le Nouvel Opéra, codirected by Suzie LeBlanc and Marie-Nathalie Lacoursière, come together to bring to life Nicandro e Fileno, a pastoral opera by Paolo Lorenzani which hasn’t been performed since its creation in 1681. It will be presented Thursday at the Monument-National.

….Les Boréades truly succeeds in recreating the atmosphere of the baroque era, from its use of traditional baroque instruments (recorder, harpsicord, viola de gamba, violone, violins, theorobo, etc.) to its respect of early music performance criteria. We were delighted by their playful and passionate acting.

The group has received many grants from the Québec and Canada governments and has toured extensively in Canada and abroad, taking part in several renowned festivals. The musicians also performed at the Frick Collection of New-York, Concertgebouw in Amsterdam, Salle Gaveau in Paris, Vancouver Festival, Musikfest Bremen and at the Alter Musik Regensburg.

Le Nouvel Opéra was born from the desire to shine a new light on unkown or forgotten pieces from the baroque period as well as contemporary pieces. Founded in 2000 by soprano Suzie Leblanc, the organization collaborates with I Confidenti (Potsdam), Early Music Vancouver, Montréal Baroque and Les Boréades (Montreal). It creates shows that combine music, dance and theatre, which was made possible when stage director and choreographer Marie-Natahalie Lacoursière, baroque language specialist, joined the company. Amongst their important creations are Pygmalion by Rameau (Early Music Vancouver), Visibilia, for Orford’s Art Center and the Festival des Arts de Saint-Sauveur, Mozart à Milano, for Montréal Baroque, Les Indes galantes ou les Automates de Topkaki and La Veuve Rebel, for the Festival de Saint-Riquier (France), as well as a collaboration with the Opéra de Montréal for Zémir et Azor by Grétry. Their 2011 ATMA label recording of La Conversione di Clodoveo, directed by Alexander Weimann, was uninamously acclaimed. As for contemporary music, Le Nouvel Opéra participated in the creation of the Mouvance show, by composer Jérôme Blais, which opens the Open Waters Festival in Halifax and will be presented at the Festival Montreal/New Music in 2019. 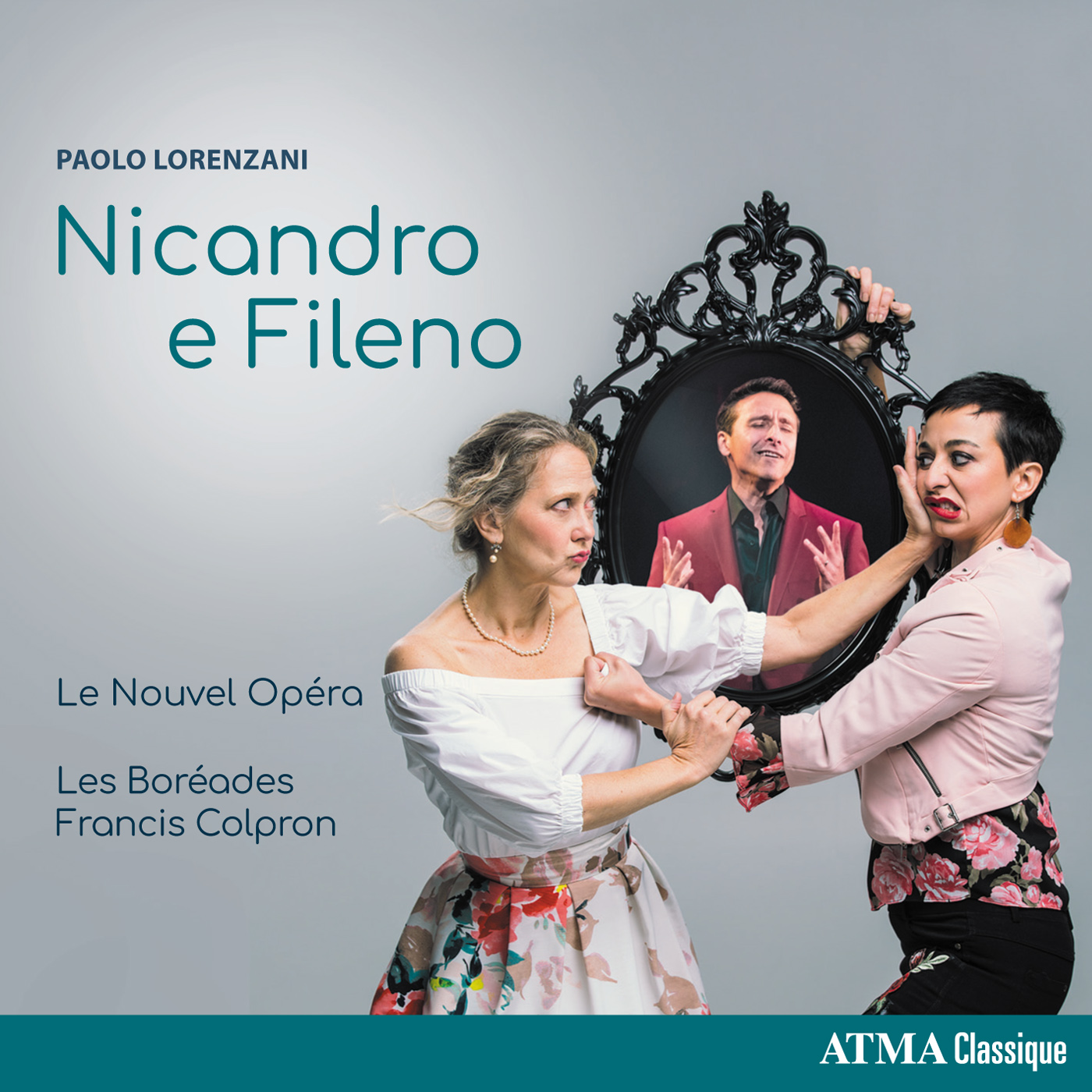