Bach composed his chamber music while he was at Prince Leopold’s service, in Coethen, around 1720. He wrote for the violin, the flute, the viola de gamba and the cello, but apart from his sonatas with basso continuo, he was the first one to give a solo role to the harpsichord, an instrument he himself played with exceptional virtuosity. Each member of the Boréades will take turns as soloist, highlighting the most expressive and original sonatas, before joining forces for the incredible Trio sonata from the Musical Offering, composed in 1747. 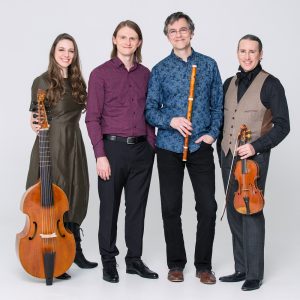 I subscribeDownload the booklet
X