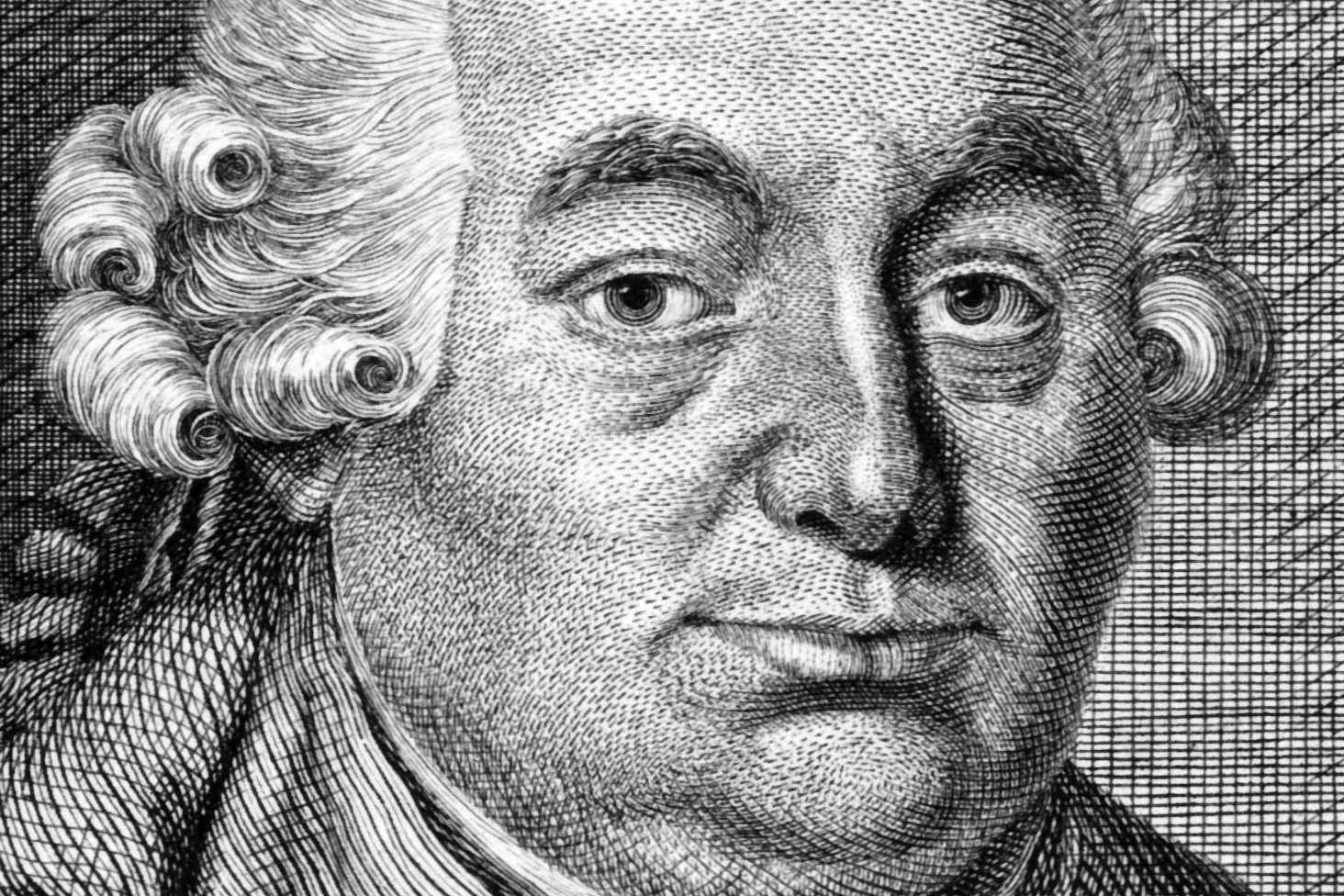 [C.P.E. Bach] interlaces these extremely opposing timbres such as one ends up not knowing who is who, when a theme begun by one and taken up by another is ended so naturally by the third instrument that all three seem inspired by a single thought.

For the majority of music lovers up until the 1820s, the name Bach didn’t conjure up Johann Sebastian, as is the case today, but rather one of his sons, Carl Philipp Emanuel, who worked successively in Berlin and in Hamburg. He was indeed one of the most influential composers of his time and his particular qualities made him one of the precursors of musical Romanticism. Emanuel Bach lived between two great eras; heir to both his father’s art and to the unified structures of the Baroque, he contributed to the creation of Sonata Form while keeping to the sidelines of Classicism, which Haydn and Mozart were to bring to its peak. Like many musicians somewhat derogatorily considered as “transitional,” Emanuel Bach, in the words of the musicologist Carl de Nys, “demonstrates more the torments of future generations than the brief classical balance that was to follow him,” and several of his works could “be considered as the musical equivalent of the Reveries of the Solitary Walker […] or even of certain passages by Châteaubriand and Lamartine.”

Born on March 8, 1714, in Weimar, fifth child of the great Bach and godson to Georg Philipp Telemann, Emanuel Bach undertook his musical tuition with his father. He then studied law in Frankfurt, and in 1738, thanks to his solid training as a virtuoso keyboardist, joined the orchestra of the future Frederick II as a harpsichordist. Three years later, after his employer had acceded to the Prussian throne, he divided his time between Berlin and Potsdam, where the court was most regularly established. This position, however, caused him much worry; the monarch—a talented flutist—was infatuated with the Italianate galant style, and disliking the boldness of Emanuel’s compositions, confined his duties to mere accompaniment. Musical life in Berlin, however, offered some gratifying compensations. He had many friends, educated admirers, and musicians (among which the king’s sister Princess Amalia) to whom he presented his many sonatas for various instrumental combinations.

Upon the death of his godfather in 1767, Emanuel Bach inherited his duties in Hamburg, leaving Berlin with a great sense of freedom. In his new functions as Kapellmeister of several of the city’s churches, and until his death on December 14, 1788, he composed a number of large-scale choral pieces, as well as presenting some by his father, Handel, Jommelli, and Haydn. He was at the height of his career and fame; his works were widely disseminated, especially those for keyboard, which showed him at his most original. Enthralled by the new, emotional style, Diderot wrote Emanuel in order to obtain from him sonatas for his daughter Angélique; on his return from Russia in 1774, the French philosopher even made a stopover in Hamburg to meet the illustrious musician, apparently without success. Christian Neefe, who was to be Beethoven’s first teacher, and Baron Van Swieten, then the Austrian ambassador to Berlin, also figured among his very many admirers.

Refusing very early on to adhere to the then-fashionable galant style, Emanuel Bach figures among those that best embodied the so-called “emotional” style (Empfindsamkeit in German), a literary and artistic trend that was to move music toward new expressive ideals. Emanuel’s style is effectively marked by a new kind of emotional expression; he deemed it the primary goal of any musical composition to touch the hearts of listeners, and the composer was required “to be touched himself in order to touch others.” In his important Essay on the True Manner of Playing Keyboard Instruments (1753) he considers that “one witnesses, among the emotions that may be encountered in music, the specific gifts that an accomplished musician must possess, and the great sensitivity with which he must use them if he hopes to take into account the listeners [and] the perception they will have of the true character of his execution.”

Among other devices, he broadened the Baroque convention that required each movement to illustrate a single, more or less stereotyped affekt. Describing how moods are ever changing, both in composition and performance, he writes: “Scarcely has [the musician] expressed an idea that another presents itself, and so he must constantly transform his passions.”

The musicologist Giorgio Pestelli notes that, contrary to the musicians of his time, melody does not come easily to Emanuel Bach; there is occasionally a certain coarseness that transpires from his compositions, yet the effort put forth to communicate emotion appears as the most powerful aspect of his art. His contemporaries took notice, marvelling at his unique, wild, and exalted style. And Pestelli concludes that “Emanuel Bach became the gauge of seriousness, of excellence in writing for keyboard instruments, and especially of expressiveness within a long-lived veritable mythology of ‘Nordic’ values,” which saw in Brahms its finest fulfilment. 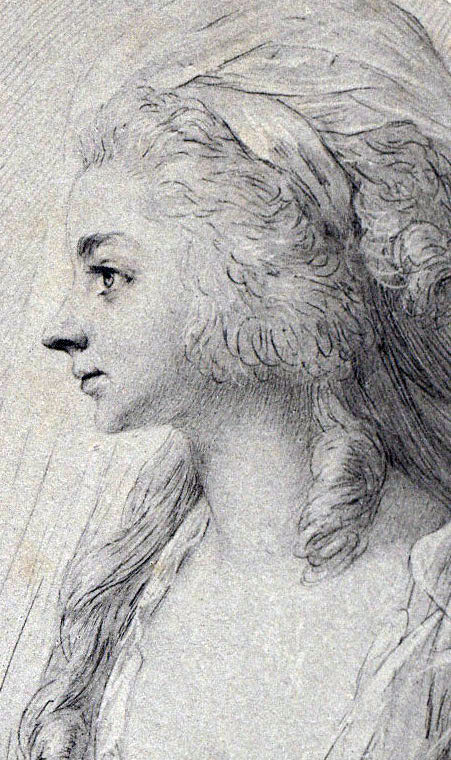 Commissioned from Berlin by an excellent musician, Sarah Itzig-Levy (Felix Mendelssohn’s great-aunt), the three Quartets for fortepiano, flute, and viola (dated 1788) are Emanuel Bach’s very last works. The unusual instrumentation may be explained by the long-standing popularity of the flute in the Prussian capital, and because there was an excellent violist among the close entourage of Itzig-Levy, who was herself a keyboardist. On the autograph manuscript, the composer designates the pieces as quartets instead of trios— a heading Haydn or Mozart would have given them—based on the old convention that considered the number of voices in a composition rather than the number of instruments involved, the keyboard playing two voices here, one on each hand. However, some specialists believe that, according to historical performance practice, and even though the part is not specifically written out, a cello must join in by doubling (with minor adjustments) the bass line of the keyboard, thus making these works quartets in the modern sense. The keyboard instrument is not specified by the composer, but an unknown hand wrote “pianoforte” on the manuscript. In keeping with the freedom afforded by the composers of the Baroque period, it is possible to play them on the harpsichord or the fortepiano, with or without a stringed instrument on the bass part.

In the inimitable style to which Emanuel Bach has accustomed us, the thematic variety and originality of these masterworks are matched only by the expressive intensity and changing harmonies of their slow movements. The qualities of their author’s chamber music unite with those of his keyboard works, as evidenced for example in the keyboard writing and the form of certain movements, such as the opening rondo of the Quartet in A minor. Although rooted in a different world—the Sturm und Drang of Northern Germany—certain elements such as the “sharp contrasts of register, colour, and articulation” tie these Quartets to the Classical Viennese style, according to Marc Vignal. One can even perceive the influence of Haydn in the Allegro di molto of the Quartet in D major; perhaps this was a discrete homage or a token of friendship from an old master to a younger colleague held in high esteem.

In spite of the admiration they showed it, however, Emanuel Bach’s style was certainly far removed from those of Haydn or Mozart. When Karl Geiringer described it as “a daring harmonic language with incisive dissonances and stunning chord combinations; dramatic pauses, unexpected rests, alterations in tempo, and sudden changes between major and minor modes, an effect often increased by varying dynamics and the use of different registers,” he emphasized far more the emotional gusto which Beethoven was to make his own than the sense of balance that guided the Viennese Classics. So, Carl Philipp Emanuel Bach, son of the great Bach, will have himself been the father of the best Romantic musicians.