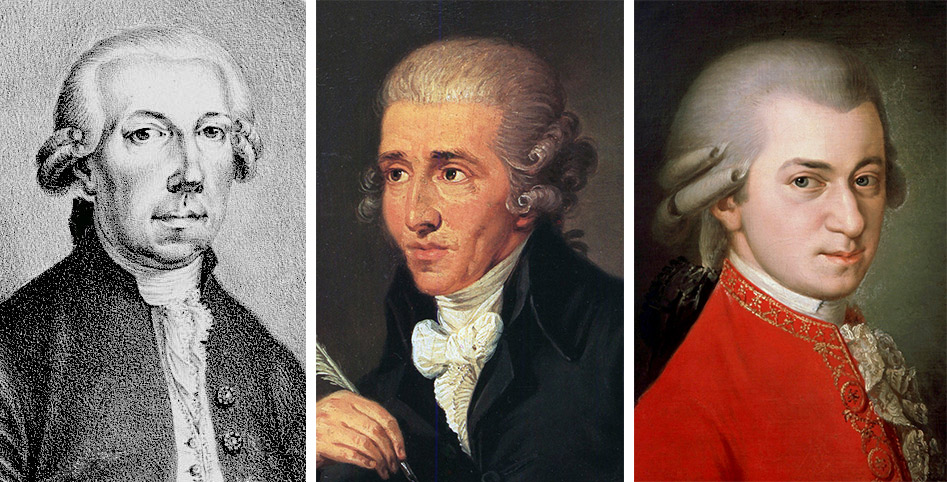 In music, classicism slowly settled at the same pace as the gallant style. This style changed up the rigid ways of baroque, and was the first to prominently do so, in a number of ways. Firstly, the basso continuo, as well as the last traces of counterpoint, were removed since they were not considered intuitive enough. The gallant style preferred singing melodies that were more natural and expressive. The bass lines were replaced by something more vivacious and light. Drama was added to the minor keys, each instrument having its own suitable line. Movements of sonatas and symphonies also started getting second themes, thus creating bithematism. Minuets were the only dances that were kept from the previous century, as they followed a charming and delicate aesthetic, and fugues were confined to the religious domain.

Starting from the 1770s, classical masters, especially Mozart and Haydn, gave more depth to their new ideals, in expression as well as structural coherence. Sonatas were the form they most explored, but they looked into enhancing other genres as well. Instrumentally, symphonies and string quartets were the ones that benefited the most from this, and their exploring was so prolific that Germany and Austria became the hotspots of music, stealing the title from Italy who had been enjoying this privilege for the last two centuries.

Chamber music became wildly popular with its new open instrumental distribution which was likely to accommodate a new generation of music lovers looking to entertain themselves and enjoy more harmonic “conversations”. The trio, with or without keyboard, became especially popular. 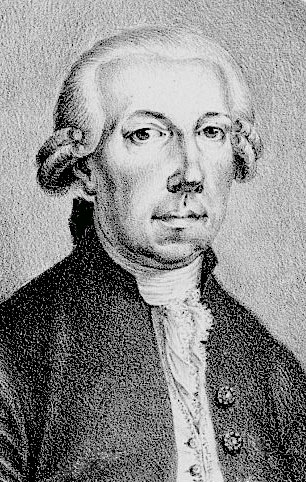 Friedrich Hartmann Graf was born in Rudolstadt in 1727. His career brought him to many places and was closely linked to a brand-new institution: the public concert. His father was his first teacher, introducing him firstly to the flute. During his youth, he was hired as drum player for a Dutch regiment, before being taken prisoner by the English for a short time. He came back to Hamburg in 1759 and decided to organize public concerts where he performed on the flute. He also toured as a virtuoso in the rest of Germany, England, the Netherlands, Italy and Switzerland.

In 1764, Graf was a member of an orchestra in Burgsteinfurt directed by Carl von Bentheim, a passionate flute player. His brother, chapel director of the General Stadhouder of the United Provinces of the Hague, invited him to join the chapel which he did from 1768 to 1772. In 1773, Graf moved to Augsburg and became musical director of protestant churches and cantor of the St-Anne College. While publishing chamber music pieces, he also opened a society of public concerts in 1779, which greatly enhanced the cultural scene of the city. The same year, he was nominated as a foreign member of the Royal music Academy in Sweden. From 1783 to 1785, Graf directed the Professional Concerts given in the Hanover Square Rooms, and the University of Oxford awarded him a doctorate in music in 1789. He then came back to Augsburg where he passed away in 1795.

Judging by the quantity of his compositions which can be found throughout Europe, Grafs’ music was widely popular. His pieces evolved from the gallant style to the elegance of the classical style, which marked most chamber music of the European scene, starting from the 1770s. An example of the first style would be his Sonata for flute and basso [continuo] no 1, of which the last movement is a light minuet. The second style is found in his trios, quartets and quintets, especially those published in Augsburg in 1780, which are characterized by a profusion of charming and very personal themes. These themes melt into each other in a structure that can appear relax at first, but amounts to passages that carry a surprisingly poetic atmosphere. 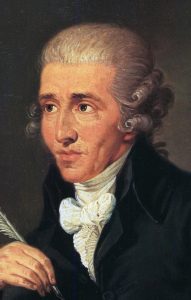 The career of Joseph Haydn was certainly a lot quieter than that of his colleague. He was hired by Prince Nicolas Esterházy in 1761, when he was 29. Thanks to the freedom provided by an employer for whom music was a passion, he enjoyed “the most noble, simple and peaceful career one can dream of”, to quote Roland de Candé.  Haydn later told his biographer that he “had to be original”, being away from all the big musical centers of his time! His position as court musician and the consistency of his creative activities made him one of the last great craftsman in music history. He died in 1809.

His work explored all genres, vocal as well as instrumental, and his style showed a flawless cleverness, a calculated audacity as well as a melodic spontaneity full of wit, never once altered by the routine of the profession. Haydn knew the gallant style and the ancient polyphony, and thus he expertly understood the spirit of his time and the profound changes that marked it. He then applied these changes to the acoustic universe. Already in the 1760s, he wrote for the keyboard, harpsichord or pianoforte, probably in a pedagogical interest. He did so first in the gallant style, as we can see in the bright Sonata no 12 in a major, Hob XVI. 12, which has a very Italian flair to it, with its first movement composed of a whirlwind of triplets.

Haydn’s pieces spread very quickly: his chamber music and his many symphonies had soon travelled all over Europe and his writing style was soon considered a model for many decades to come. However, that popularity had the effect of tremendously enriching some dubious editors, and many pieces they published under his name, for example some trios, were not actually his work. In 1771, Julius Hummel published Six sonatas for flute, violin and violoncello [sic] as Opus 11 by Haydn, but we are certain today that he never wrote them, apart from the fifth one. For that one however, the editor only arranged the Divertimento for 9 in G major Hob. II.9, which Haydn composed in 1760, and called it “sonata”.

Unlike most of his colleagues, Haydn almost never thought of the flute as a soloist for his chamber music. The only times he did ask for it specifically (other than to replace the violin in some of his trios) was for the English public in the 1790s  and for that we probably should be thanking the editor Hummel for his clandestine transcription… Another interesting fact is the naming of genres which is fairly vague: Haydn’s first Sonatas for keyboard were called Divertimentos, and its transcriptions were called Trio, but these were called Sonatas by Hummel. 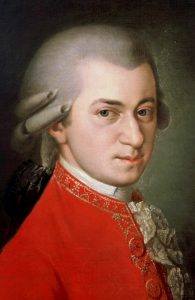 Wolfgang Amadeus Mozart would have appreciated a stable employment which would have given him the same creative freedom as his friend Haydn. After having travelled all over Europe with his father and sister as a child prodigy, he began working for the count Hieronimus von Colloredo, the prince-archduke of Salzburg in 1773. The count imposed very strict rules on Mozart’s compositions and showed him upright contempt. This caused Mozart to later travel through Germany in a (fruitless) search for a new job, in spite of his employer’s refusal of him doing so. He stopped in Munich, Augsburg and Mannheim before arriving in Paris in 1778. Three months later his mother, who was accompanying him, passed away. After going back to his position in Salzburg, he decided to permanently move to Vienna, where he worked as an independent musician. He made a living thanks to recitals, touring and subscription concerts, as well as keyboard lessons. He died in poverty, much too early, ten years later.

The Sonata for violin and keyboard no 21, K. 304 is part of a group of six, published just like Opus 1 in Paris in 1778, and dedicated to the Elector Marie Élisabeth of the Palatinate. All but the last one, which is also the only minor one, adopt the two-movement format of the gallant masters, Johann Christian Bach being the most prominent one. The first movement would have been written in Mannheim and the second one in Paris. Following the Sturm und Drang style, its tone in B minor indicates a « tearless complaint », as explained by Daniel Schubart in his writings in 1784. In Mozart’s music in particular, there is a personal expression hidden underneath the general elegant style which is often associated with what he was experiencing at the time of writing. The poignant style of this Sonata could therefore be explained by the pain left by the loss of his mother, or by the unrequited passion he felt for the love of his youth, the singer Aloysia Weber which he had met in Mannheim not long before…

The concert De tact et d’élégance will be presented on April 24th, 2021, at 3:30 PM at the Salle de concert du Conservatoire